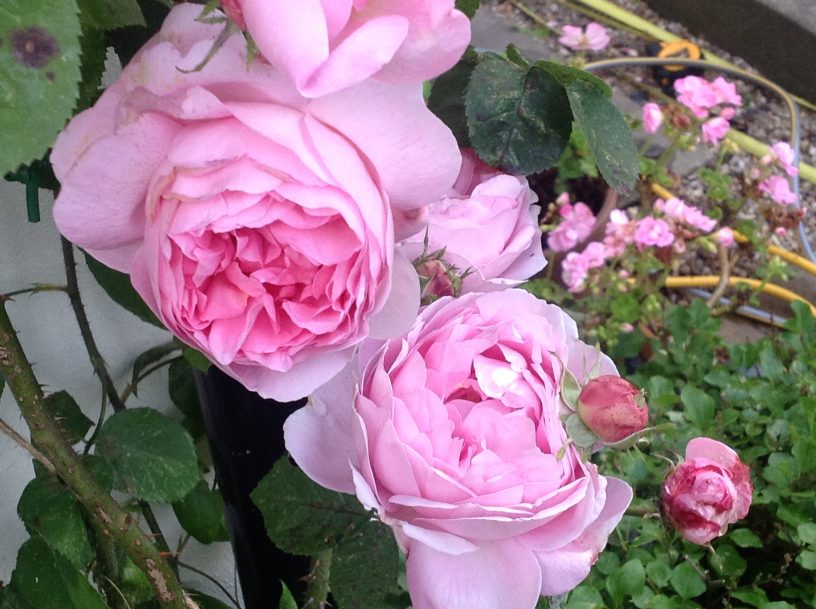 Born in Derby, Constance Spry achieved celebrity for her flower arranging – and quite late in life. It’s hard to imagine, but she really did shock the staid florists – and the public – of the 1950s (and in her 50s) with what she could do with some greenery and a pair of secateurs.

She broke many existing conventions, for instance, setting up large flower arrangements on pedestals and using unusual plants, like hedgerow flowers, decorative kale or leek seed heads in her arrangements. She was daring with colours, favouring smoky pinks and lime greens.

She was also a very successful businesswoman. One of her big breaks was securing  a regular order from Granada Cinemas – yes, flower arrangements in cinemas! At one point she had a shop in Mayfair and employed over 70 staff 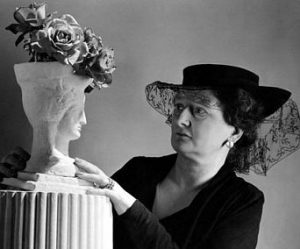 In 1952 she was commissioned to arrange the flowers at Westminster Abbey and along the processional route from Buckingham Palace for the coronation of Elizabeth II.

She died in 1960 at the age of 74 and was honoured by an up and coming rose breeder from the West Midlands, David Austin, a year after her death when he named his first rose after her.

Constance Spry in the garden

Constance is a tough old bird – she survived builders trying to concrete around her and coat her in brick dust in our garden, and still came back as glamorous as ever.

The blooms are big and blousy, there are plenty of them and the scent is strong.

David Austin has gone on to create many beautiful roses since 1961, but his first is still one of the best and remains one of my favourites.