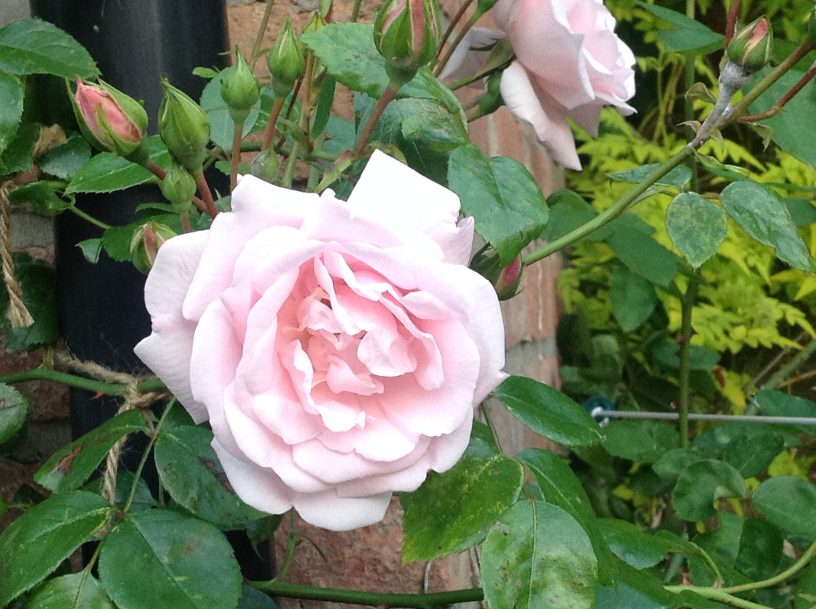 “To cure the goat-like stench of armpits, it is useful to press and rub the skin with a compound of roses.” – French hygienist 1572
Keeping clean was beyond the capabilities of most in the 16th century. In fact, after the Black Death many considered water simply opened the pores to contagion – safer (though perhaps not sweeter) to give yourself a bit of a wipe with a dry, perfumed cloth.
Roses were used in medicine for centuries as a cure-all for ailments, including worms, wind, back ache and sore eyes. The 16th century herbalist Gerard recommended a morning salad of Musk rose petals as a purge of “waterish and choleric humours”.
Though possibly efficacious – the cure was said to produce six to eight stools for every twelve to fourteen Musk flowers consumed – the treatment was not without its disadvantages. It could only be given from June to October and no doubt emptied the patient’s rose garden as quickly as his bowels.
Going back even further, in ancient Chinese medicine dried rose hips were used as a male anaphrodisiac to blunt the libido. They were also believed to help loss of hearing.

Meet some of my roses