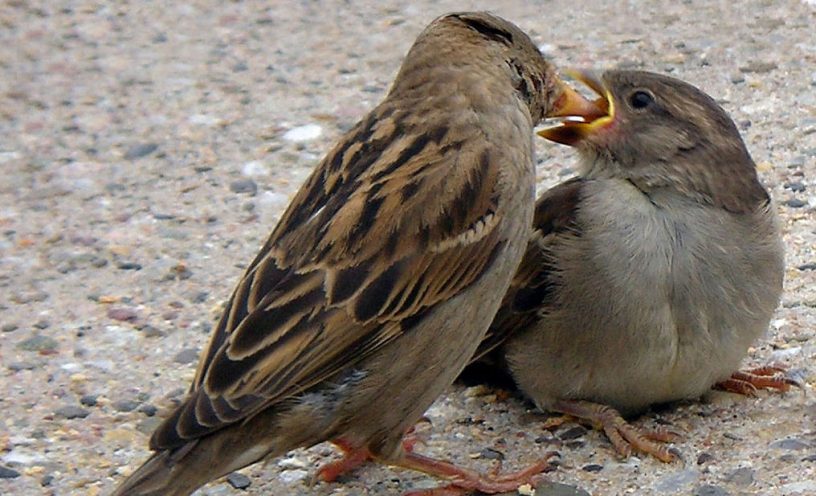 The Office for National Statistics has just published an update of the UK bird population, which shows that between 1970 and 2013 the population of house sparrows has declined by 72%.

I am very lucky in having a gang of sparrows noisily chasing each other around my garden, flitting from rose to rose picking out the greenfly and anything else tasty they can find.

Gardeners have not always been so affectionate towards the sparrow. William Watson, editor of the  Gardener’s Assistant, writing in 1900 had a particular aversion to them.

“The sparrow, or ‘Avian Rat’, is the most troublesome and mischievous of all British birds, whether in the corn or seed-fields, or gardens… Incessant war should be waged against the sparrow, the worst of all feathered pests.,” he wrote.

It’s difficult to understand this hatred for sparrows, but Watson, who was assistant curator at the Royal Gardens in Kew, was not alone.  The Victorians understood the value of the birds in eating caterpillars and keeping down garden pests – a pamphlet from the Royal Agricultural Society of England and Wales published in 1862 makes this clear:

“Even sparrows may be included in the list of useful birds, notwithstanding the damage they cause at times to the orchard or corn-field, because they feed their young (which have very good appetites) exclusively upon larva, grasshoppers, caterpillars, beetles, worms, or ants ; and both old and young at the end of summer are constantly filling their crops with the seeds of weeds. A couple of sparrows will consume in food for their young about 3000 insects weekly, each parent bringing a billful thirty times an hour. These services are well worth a few cherries. The field-sparrow does not, moreover, eat cherries, and a small number of these birds will soon cleanse many shrubs and rose-trees from the aphis.”

But farmers in particular saw them as a pest for the way they could consume ripening grain and break stalks by perching on them.

From the 18th century onwards, many agricultural parishes had “sparrow clubs” whose members were rewarded for destroying the birds and went into battle with typical Victorian excess. The Bucks Herald reported in May 28th 1892 that the “Tring and District Sparrow Club made a record of destroying 5,345 sparrows in the last five months. 20,000 were destroyed over the whole area and prizes were given.”

Watson adopted a more humane policy of chasing off the birds:  “In the case of orchards and large quantities of valuable seed cultures, a boy may be engaged to scare away birds. Scarecrows are generally so evidently a burlesque on anything real that birds take pleasure in sitting upon them.” 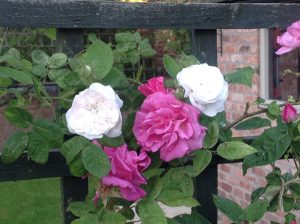 In my small walled garden I have now over 40 roses.. I leave fatballs and seed out for the sparrows – and occasionally treat them to some dried mealworm. In return they strip my roses of greenfly. They may also be responsible for a decline this year in the dreaded sawfly caterpillars that can denude a rose in days if not caught quickly..

Occasionally the weight of the sparrows as they perch cheekily on a rose stalk hunting their prey does cause damage, but I am happy to tolerate that for the benefits they bring.

My sparrows are house sparrows. Watson was writing mainly for landowners and the owners of stately homes (or their army of gardeners). The sparrows he was contending with may have been tree sparrows (which the ONS records show declined by 90% between 1970 and 2014).

Maybe their numbers were so great that they were a pest. But for a humble gardener like me, they are a rich blessing. I may just have to buy some more roses to reward their loyalty and hard work.