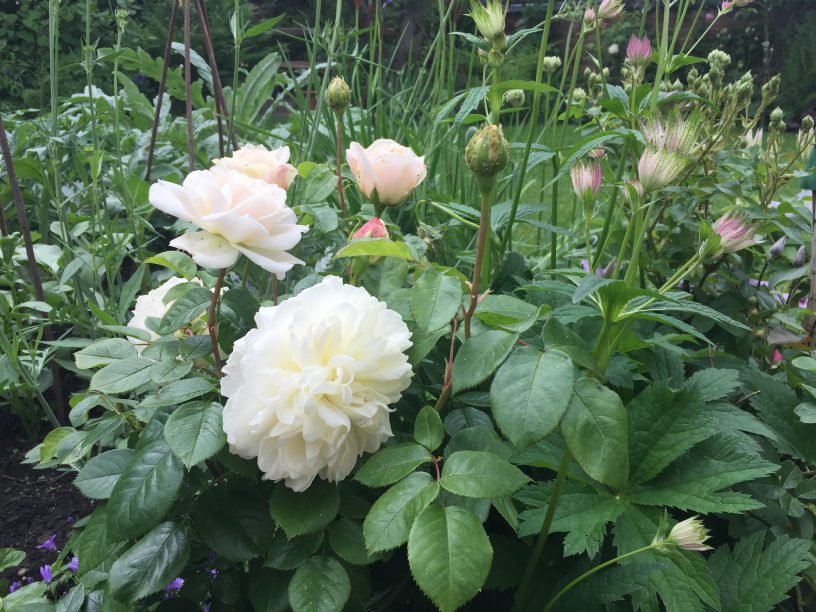 On the eve of the London Rose Show I thought I would share an amusing (by Victorian standards) account of the first national rose exhibition, which took place in the capital in July 1858.

It was the brainchild of the rosarian cleric Dean Reynolds Hole, who was upset that other flowers had exhibitions dedicated purely to them, but not the rose.

“There deepened in my heart an indignant conviction that the flower of flowers did not receive its due share of public honours,” he wrote later in A book about Roses. 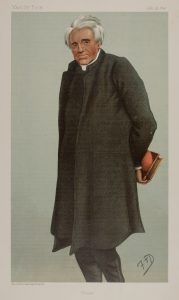 In April 1857 he suggested in The Florist magazine the idea of a GRAND NATIONAL ROSE SHOW – “a feast of Roses, at which the whole brotherhood might meet in love and unity, to drink, out of cups of silver, success to the Queen of Flowers”.

He waited with bated breath for a response. “I felt confident that the world would be pleased… Should I be chaired at the London flower-shows? Perhaps I should be made a baronet. For some days after the publication of the magazine I waited anxiously at home. I opened my letters nervously, but the public made no sign. Had it gone wild with joy? Or were its emotions too deep for words? Weeks passed and it was still mute.”

So he wrote to the country’s leading rosarians – Rivers, Paul and Turner – to ask if they would help him organise the event. To Hole’s delight, all three wrote back quickly in assent. “I remember that in the exuberance of my joy I attempted foolishly a perilous experiment, which quickly ended in bloodshed – I began to whistle in the act of shaving.”

The four met in Piccaddilly to organise the event. Each put forward £5 and then others joined till there was £200 in the kitty – £156 of prize money was proposed, 36 silver cups ordered and 30 guineas splashed out on booking St James’s Hall. On the day of the exhibition carpenters and labourers invaded the hall in the early hours to set up long tables covered in baize ready for the exhibitors to set up.

“Half the nurseries of England poured their treasures into St James’s Hall” – Dr Lindley wrote in the Gardener’s Chronicle afterwards. All was set.

As he stepped forward to open the doors, Hole was understandably nervous. Clearly, he was also worried that they had spent more than was perhaps prudent.

“Would the public endorse our experiment? Would the public appreciate our Show? There was a deficiency of £100 in our funds for the expenses of the exhibition were £300; and as a matter both of feeling and finance I stood by the entrance as the clock struck two, anxiously to watch the issue. No long solicitude. More than fifty shillings – I humbly apologise – more than fifty intelligent and good-looking individuals were waiting for admission; and these were followed by continous comers until the Hall was full. A gentleman who earnestly asked my pardon for having placed his foot on mine, seemed perplexed to hear how much I liked it, and evidently thought that my friends were culpable in allowing me to be at large. Great indeed was my gladness in seeing those visitors – more than 2,000 in number – but far greater in hearing their hearty words of surprise and admiration.”

The roses exhibited even “defied and defeated with their delicious perfume the foul smell which at that time invaded London from the Thames.”

In this sister blog you can read the story of how a group of gardening framework knitters in Nottingham converted Hole into a rose lover.